What is a VPN and How to Use a VPN? - Planet FreeVPN
Your ip:
Your Location:
Your status:  Protected Unprotected
To hide your IP address and ensure data privacy, install the Planet FreeVPN application on your device

Whether you just learned about VPNs or whether you have known the term for a long time but you’re not too sure what it means, this article gives you a full rundown of VPNs, how exactly the function as well as the optimal way to use one. 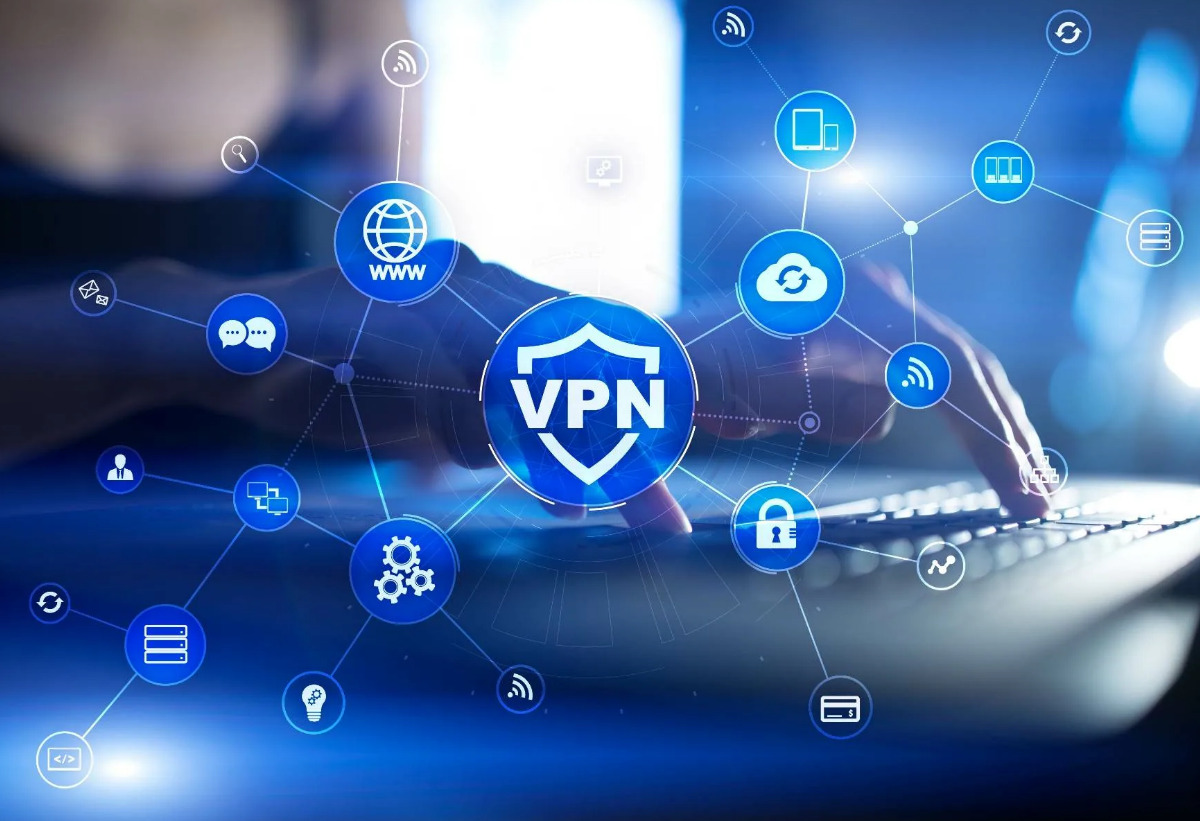 What is a VPN?

A VPN (Virtual Private Network) is created thanks to a tunneling protocol, which is typically layered and encrypted and reroutes your traffic via a remote server. This helps change your IP address to mask it completely. 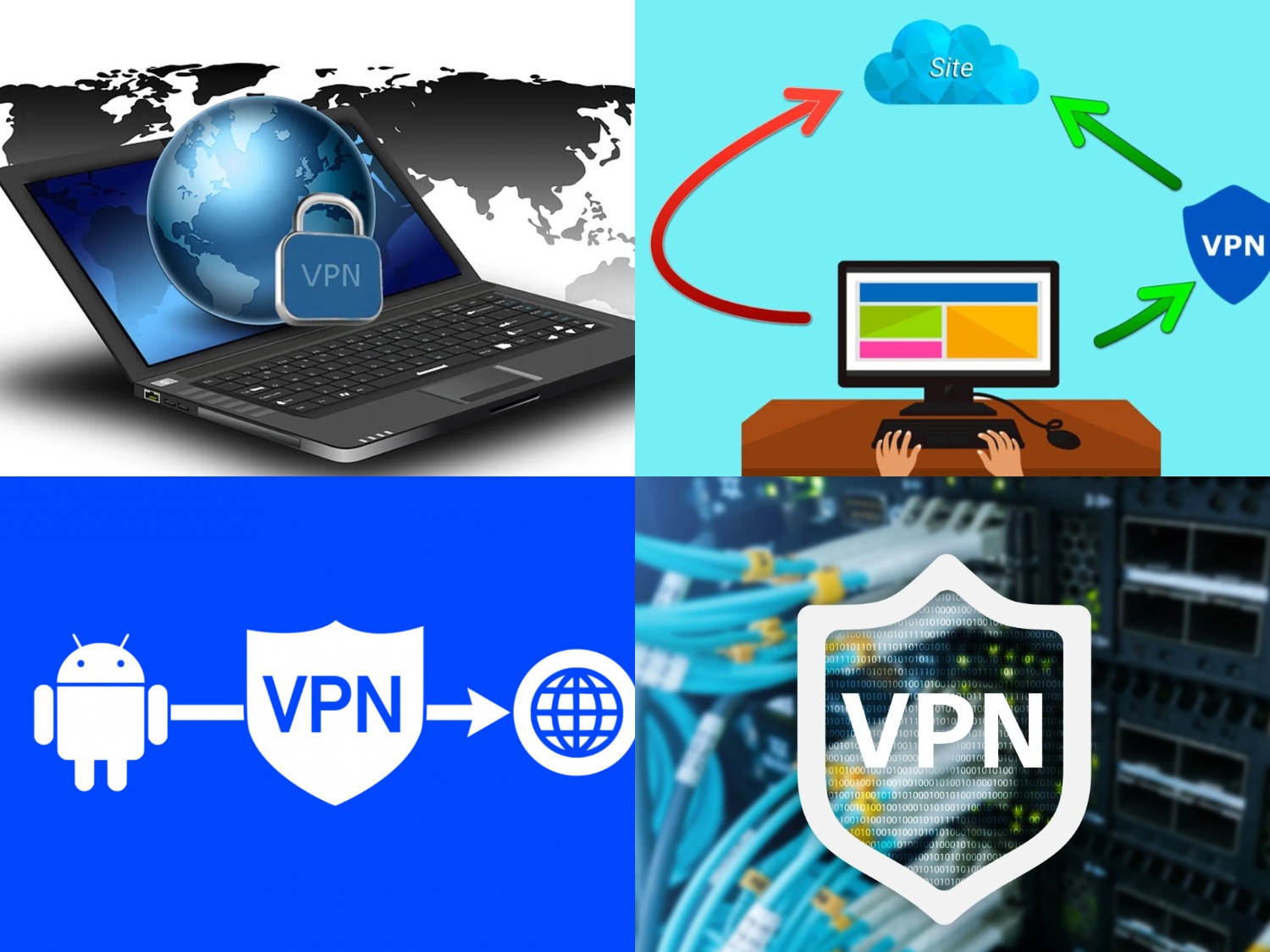 It also allows you to surf the internet thanks to the secured connection to that server. All your online activity will then appear as if it originated from that server. For example, if the server you chose is in a different country or region than you are, your connection will seem to come from there, giving you access to content that may be blocked in your country.

VPNs were originally developed as a way for workers to remotely access corporate applications and files.

What a VPN does not do

The user should know, that VPN does not anonymize the traffic completely. Instead of piping the data through the real user’s IP server, VPN uses several different servers. This makes it much harder for someone trying to track the user’s activities in the Internet, but each user should know that it will also slow down web traffic in the process. But if the user chooses the best VPN service, the traffic speed won’t be damaged.

Along with a VPN, ad-blocking services should be used. It makes the user sure that the websites won’t be able to track the user’s movements through cookies, browser fingerprinting, online trackers, and other tricky tools.

Why should I use a VPN

So why use a VPN? Usually, there are two mains reasons which are connected to one another: privacy and getting access to content. Aside from the business world, the main purpose of a VPN nowadays is to protect your online identity by hiding your information. So what does a VPN hide? 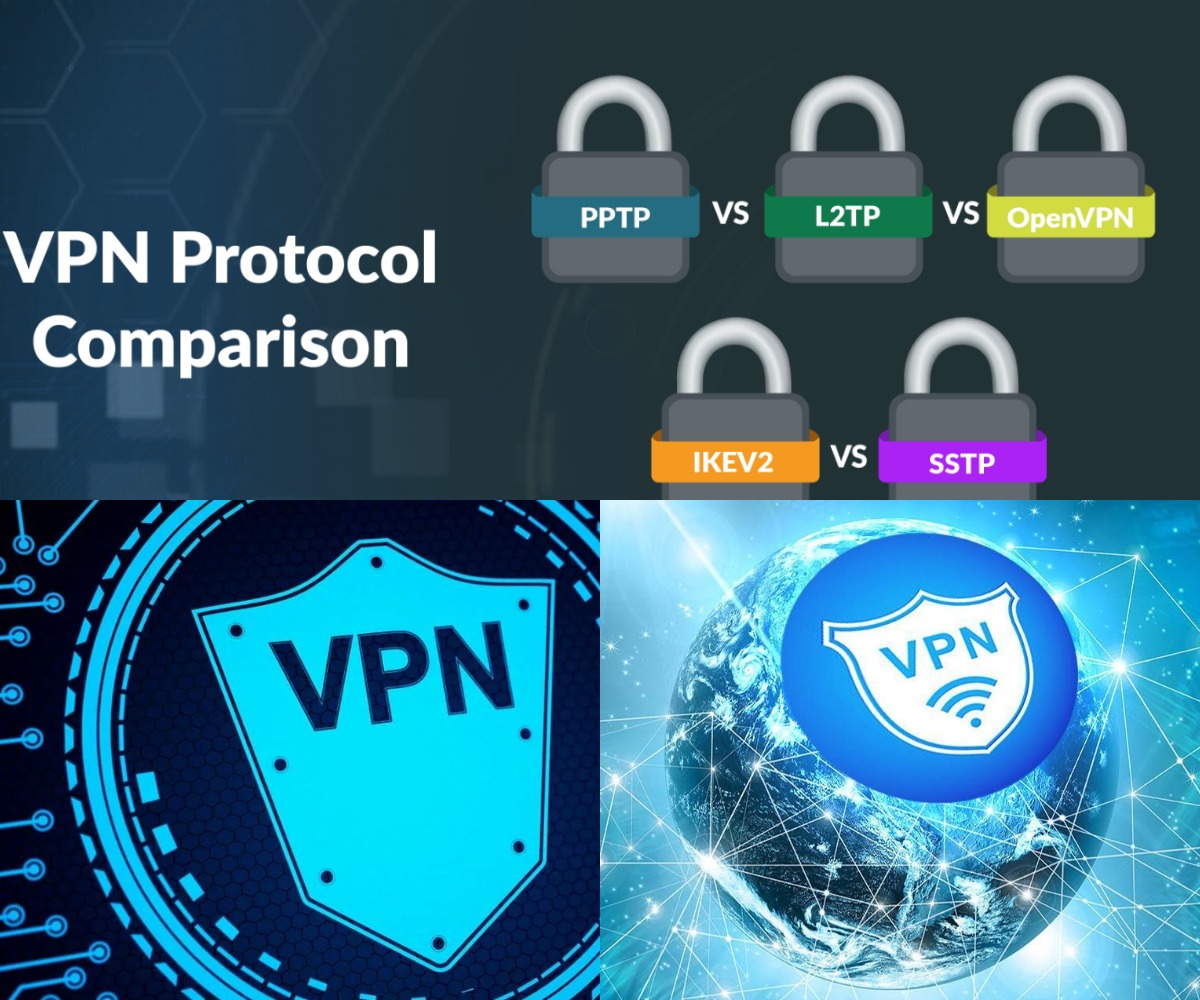 A VPN masks your IP address, which means that no one can see who is behind your online activity and they cannot (easily) trace it back to you. Whether you are trying to protect yourself from the indiscreet eyes of your ISP (Internet Service Provider), Google, Facebook or online advertisers, a VPN is the perfect solution. The other reason is to access content unavailable or blocked in your country, i.e. circumvent geo-blocking.

What does my ISP see when I use a VPN?

Not much, all an ISP can see is that you are exchanging encrypted data with a server. They cannot directly see that data and rarely know who the server belongs to or what it is used for.

Is using a VPN safe

But wait, is a VPN safe? Yes, VPN is generally considered safe. They are simply redirecting your traffic to a different server than usual. Of course, you should do your due diligence and check the reputation and data policy of the VPN service. Worst case scenario they only have access to the same information as your ISP does. 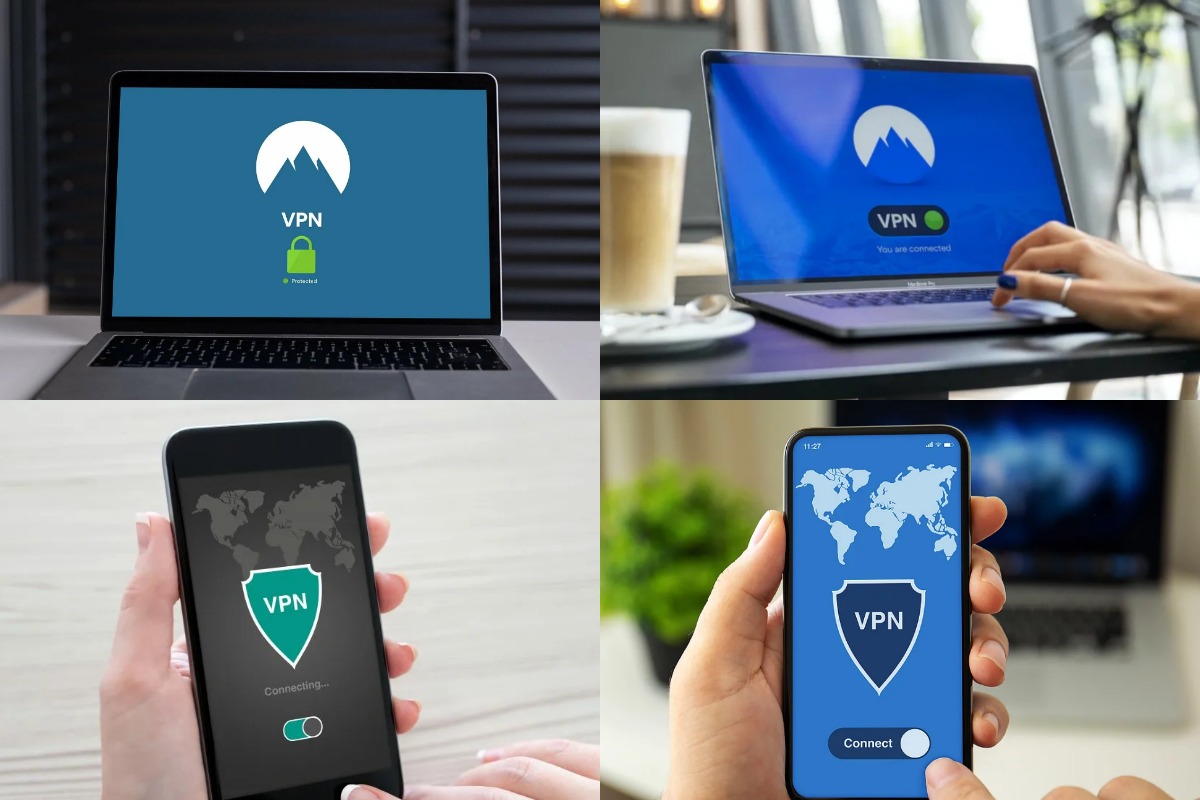 But they cannot see any encrypted content such as passwords or login credentials or any content that you access via an HTTPS site (which are more and more common). If you still are worried about your personal data, then best is to check online reviews of the VPN’s privacy policy. You can also install the nifty “HTTPS everywhere” browser extension.

Is a VPN free to use

There is a huge variety of VPN services out there, some fully free, some not, some freemium, some with free trials. VPN services using the freemium business model are generally considered the best options because they are big enough for a company to offer a free (but limited) service while also offering a paid version (thus ensuring that they are not using your data to finance themselves). Many solid VPN providers have emerged in the last decade. But we won’t lie to you, the best freemium VPN and the best free VPN out there, then look no further than Planet FreeVPN which provides unparalleled speed while being compatible with all devices and platforms. We promise we’re totally unbiased!

A “p2p VPN” doesn’t exist per say. What people mean by that is a VPN used for torrent (p2p), to download and exchange files. Some VPNs won’t allow you to do torrent on their network. Other services give you a connection that expires after an hour or two (which isn’t ideal for torrent downloading).  FreeVPN Planet fully supports torrent and p2p.

Except for China (where they have a Great Firewall in place), the installation and use of a VPN is perfectly legal. Concealing your identity and wanting some privacy is certainly not a crime. It’s true that a VPN is not inherently illegal, it all depends on what use you make of it. It is very comparable to Torrent in that way.

If you have read this far it’s likely that you are already aware of all the advantages VPNs offer: anonymous browsing, hiding your IP address and preventing surveillance, accessing any website you want and circumvent geo-blocking, secure use of any public WiFi network and more!

How to use a VPN

There is nothing simpler: simply install it and turn it on, the VPN will take care of the rest! Note that it usually takes a few seconds for the connection to start and for your traffic to be hidden. Depending on the platform you use, you will receive a notification once the connection is secured.

How to disable a VPN?

Simply turn it off in the app or software. If your VPN comes as a browser extension, another option is to go to the extension management page and disable it or remove it completely. 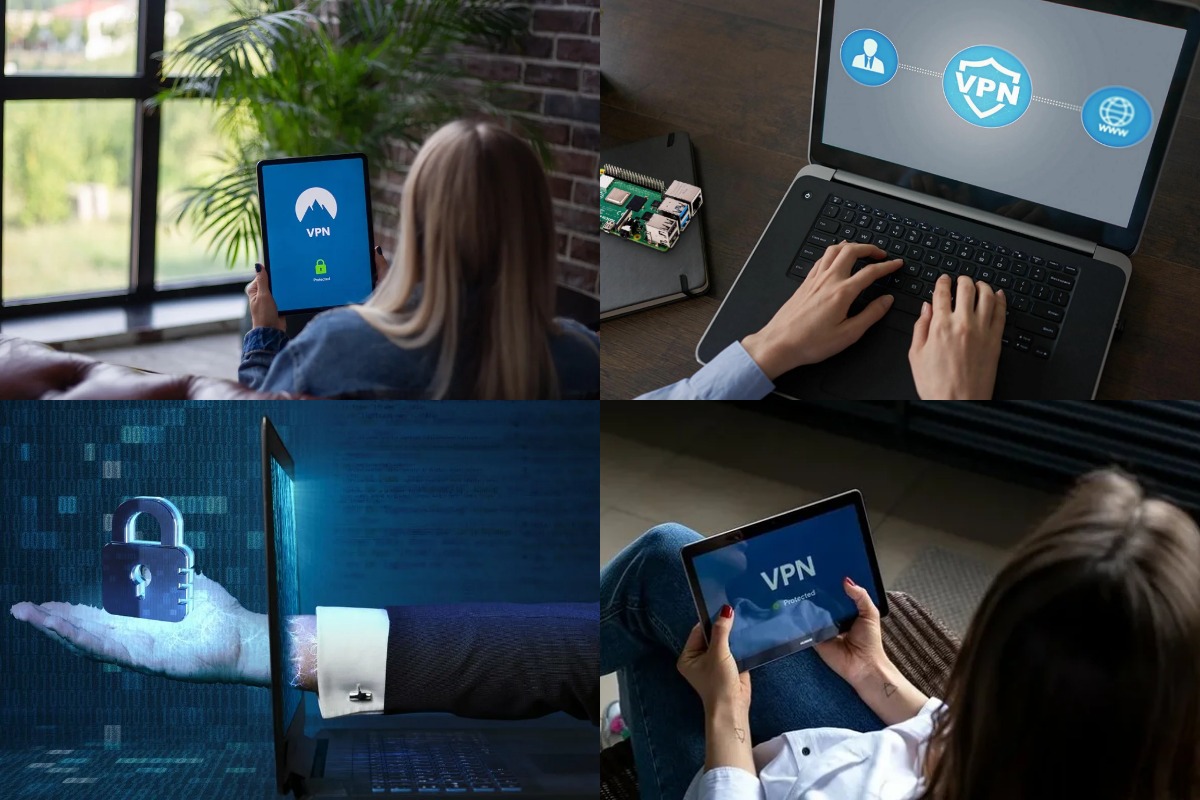 How to setup a VPN

Learning to setup a VPN is really easy with modern technology. Start by choosing the VPN provider of your choice and installing it on your device. It can come in the form of software, browser extension or app. You will usually have to sign up for an account (feel free to use a “throw-away” email address) but sometimes not. Next, you simply turn it on. Almost all services nowadays automatically select the server closest to you to ensure the fastest speed. But if you are looking to access content in a particular country, you can also manually select a country/server.

Примечание: How to change VPN?

If you want to find a different provider, then you should simple to install a new VPN altogether. But you are most likely trying to change the country/server you are connected to. Steps vary depending on the software, but usually, you should be able to find a list of countries and/or servers in the menu or dashboard of your VPN.

What does a VPN hide?

A VPN hides your IP address (by replacing it with your new one) and hides your online activity from your ISP.

What is a double VPN?

You might have heard of this and be quite confused by it: so what is a double VPN? I find the term to be poorly coined as it suggests that you are using two VPNs or two VPN services, which is completely untrue. Double VPN means your traffic is routing through two different servers (instead of one) and therefore gets encrypted twice, adding a second layer of privacy/hiding of your data. So really it should be called Double Server or Double Rerouting. It was inspired by TOR which sends your data through several different anonymous servers.

How to check if VPN is working

Примечание: To ensure your security and privacy, we recommend you always use a VPN

There you have it, hopefully, you now have a clear vision of what a VPN does and how it works. The final step is to select a VPN provider you trust. Do your research, read independent reviews and check their privacy policy before making a choice.

Примечание: How to turn off a VPN?

Simply go to your service (app, software, extension…) and shut it off. If you have trouble finding the log off button, then you can also simply restart your machine.

Top questions people have on VPNs

What is a VPN and why do I need it?

Can you be tracked if you use a VPN?

What does VPN mean?